The Company’s history in a nutshell 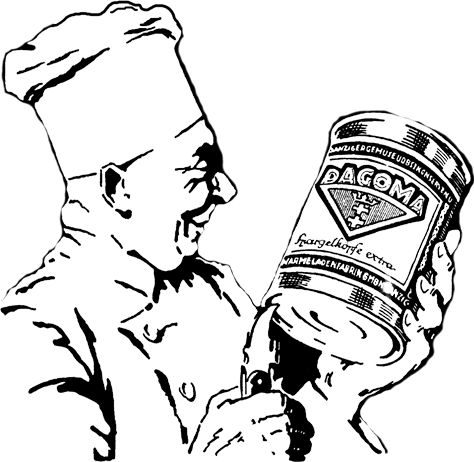 The second half of the XIX century — the invention of canned preserve production machines caused the European food processing industry to bloom.

1880 – in Gdansk the German company Degner und Ilgner built a canned goods factory which soon, under the name DAGOMA, became the most potent production plant of its type.

1914-1918 – during the years of the I World War there was a regression in the quality of goods, most of which was sent out for the purposes of the military.

1918-1939 – during the time of the Free City of Danzig the enterprise experienced an unusual bloom and at that time produced high quality vegetable preserves, mustard, vinegar, edible fats, as well as artificial honey.

1929 – — the factory receives the Gran Premia Nizza distinction and the golden Florence medal.

1945-1989 – the nationalised Polish production plant resumed production as „Gdanskie Zaktady Przetworstwa Owocowo-Warzywnego Dagoma” — at that time, apart from vinegar, jams and mustard, it became famous as a producer of cheap alcoholic drinks (e.g. the „Kordian” wine).

1989 – after the fall of the PPR the production plant fell into crisis.

1.10.2001 – a new management was established in Puck and reactivated the company, giving it a modern form, at the same time returning to the pre-war tradition of highest quality products and unique, regional flavour.

Below we present to you original fragments of the 1929 elaboration translated from German regarding the Dagoma company’s products and their use by every exemplary and modern housewife:

The following letter is intended to show you the significance of our enterprise to the economy of Gdansk, as well as the advantages of our products to your household.
Products by DAGOMA make maintaining your household easier and help you save time and effort.

Dagoma products were honoured with national awards at the largest exhibitions in Nice, Florence and Vilnius. Frugal household management by the housewife is obvious and expected by your husband. The state, now more than ever, also expects housewives to be able to run their households in a rational manner.

Every stage of our production process is carefully supervised, because we wish take full responsibility for every can with the Dagoma label. 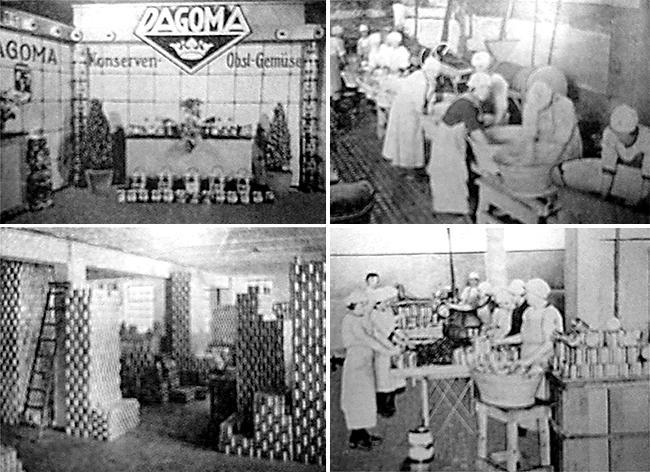 The rich flavour, vitamin and nutritional salt content in our preserves is the result of this care and scrupulousness. Our preserves are not simply equal fresh vegetables and fruits, but are in many ways superior, as the latter not always reach the consumer in their fresh state, and are definitely superior to the so called „fresh” foreign vegetables. 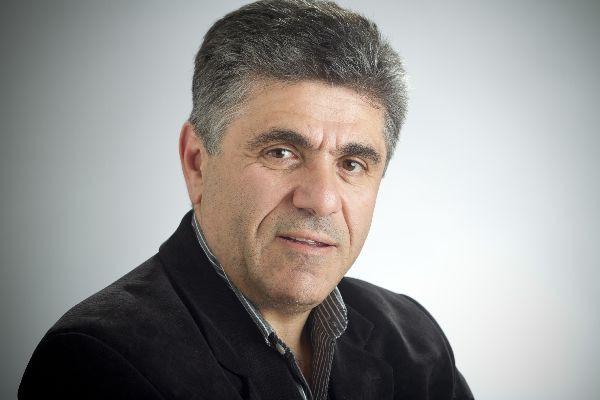 Even though we are a medium sized food product factory, we pride ourselves in many years of tradition in fruit and vegetable processing and production, which dates as far back as the 20’s of the previous century!

Thanks to the high quality of our products made using traditional and regional recipes, their brand is a permanent fixture in the history of Gdansk and the entire Pomerania region.

Dagoma stands for high quality incorporating traditional recipes, in a modern package and at an affordable price.

This is all thanks to excellent company management with goals and values corresponding to the current customer needs. Mindful of the most effective methods and focused on results, we run a highly efficient and competitive operation. At the same time we respect generally applicable rules and values. It was written back in the 1930 calendar.

If it so happens, that particularly cheap marmalades of unknown origin appear on the market, it should be the obligation of the buyer to ascertain the cause of such a cheap price. A high content of added syrup, often reaching up to 50 percent, and a mixture of fruit with beets are the accessories of unscrupulous manufacturers, which they use to the detriment of the customer and to increase the volume of their stock.

It is, therefore, to the benefit and best interest of the customers to refrain from the rule of a so called cheap purchase, being unable to see what goods they are buying and direct their interest towards companies, which vouch for the content and composition of their products with their name.

Those stores which follow the above rule and stock primarily or only our high quality products, shall gain satisfied and loyal customers, and thus multiply their turnover from the sale of canned goods! 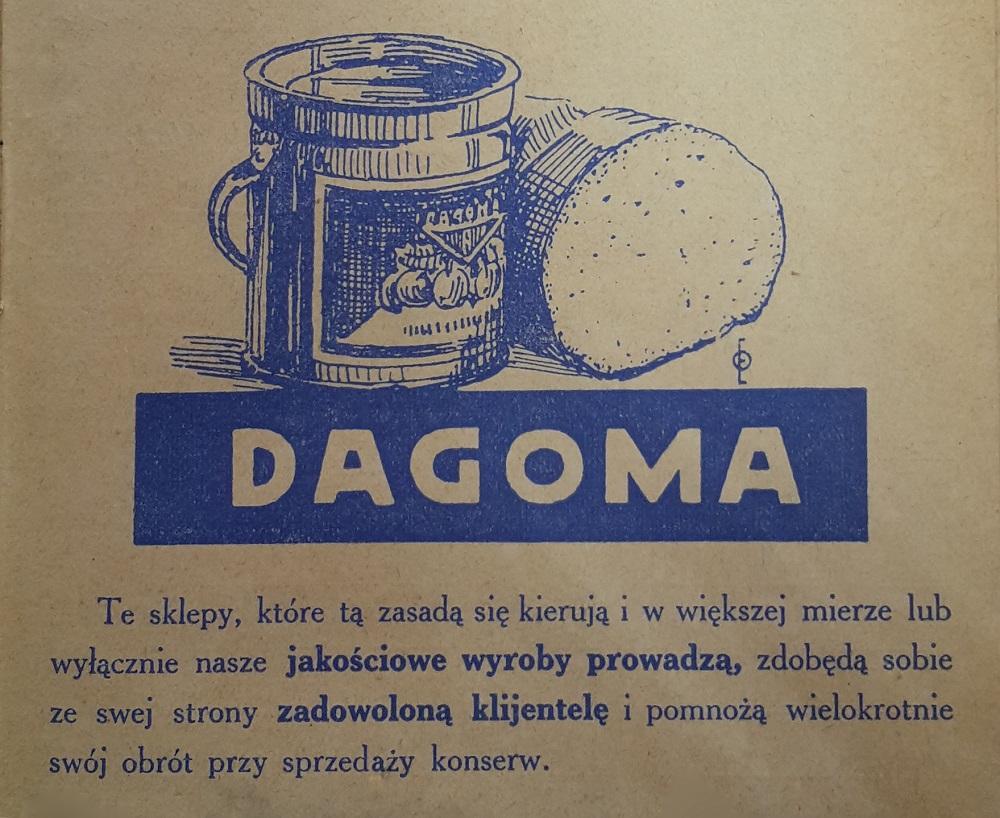 We emphasise our strong attachment to tradition, from which we draw our particular concern to ensure the highest quality of products and services rendered.

We use old and regional recipes, and are also creative and open to culinary novelties and expansion of our offer.

The company’s success is best evidenced by the continued recognition and satisfaction of our Customers.

Its primary task is the production of mustards (brown, Gdank, Kashubian, French, horseradish, mexican, with green peppercorn, hellish hot), jams and marmalades, as well as other fruit and vegetable preserves, including excellent quality Kashubian and Kartuzy cucumbers, all in accordance with original and traditional recipes.

Our company was established as a result of the reorganisation of the Dagoma Gdansk company, with over 50 years of tradition in the fruit and vegetable processing industry. The Dagoma Puck company kept the trademark known to many consumers, which made it significantly easier to bring its products to supermarket and large wholesale networks, such as: Real, Tesco, Polo Market, Kaufland, Auchan, Makro, Selgros, Marol Pomorze, Specjab, Olimpic, Matthias. It is a great accomplishment which serves as a basis for further expansion of sales.